I have put up a gallery of images from a photographic project that I did this spring and summer: Wastelands: An Analysis of the Early Anthropocene Swamps of Glacial Lake Passaic. 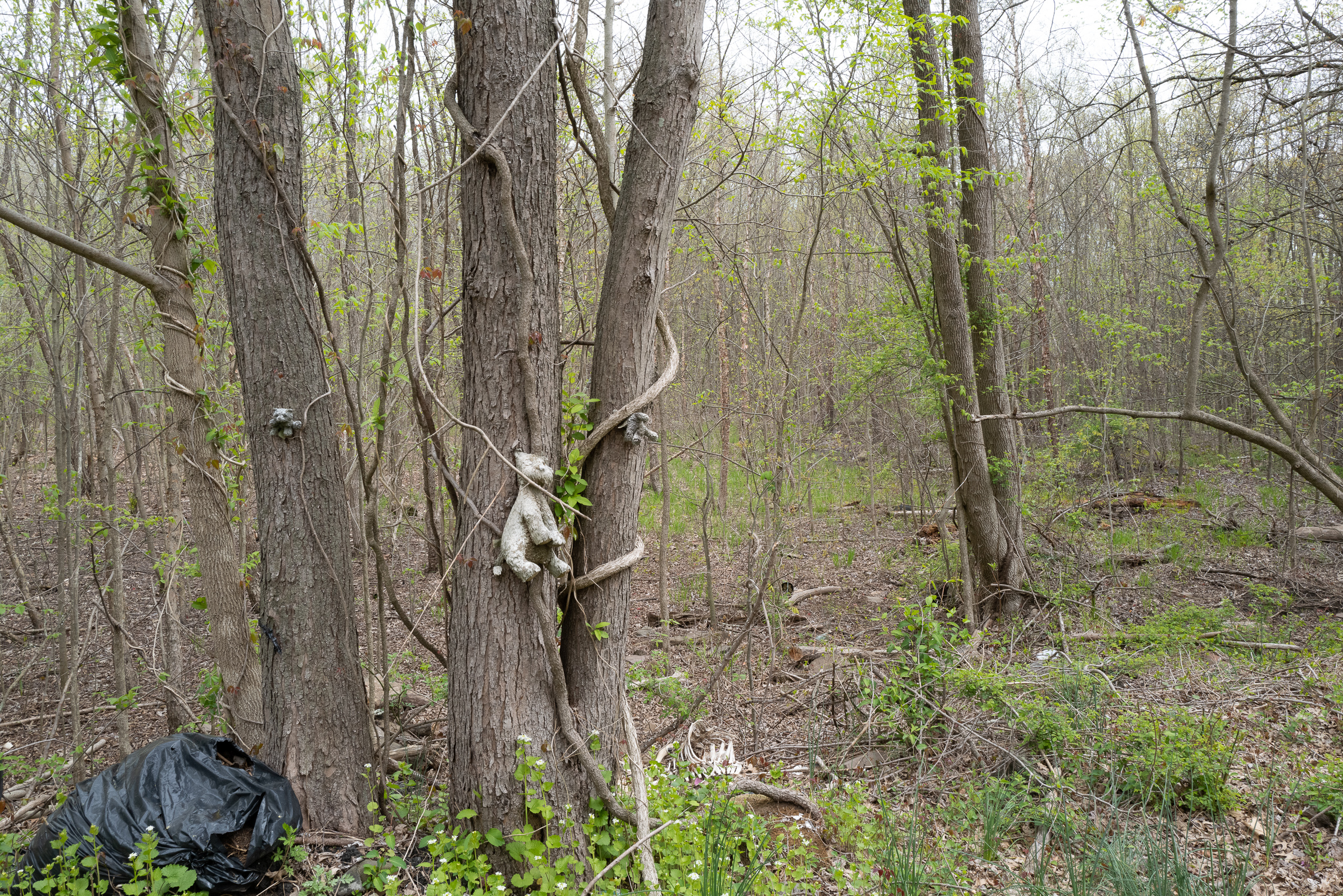 Photographs from this project are on display in Carlos Gor’s exhibit “Vernacular. Diálogos Entre Micropolíticas Del Paisaje” at La Madraza, Centro de Cultura Contemporanea in Granada, Spain. There are many more images at the gallery above and I will eventually put up the full text of the essay as it going into the accompanying catalog. 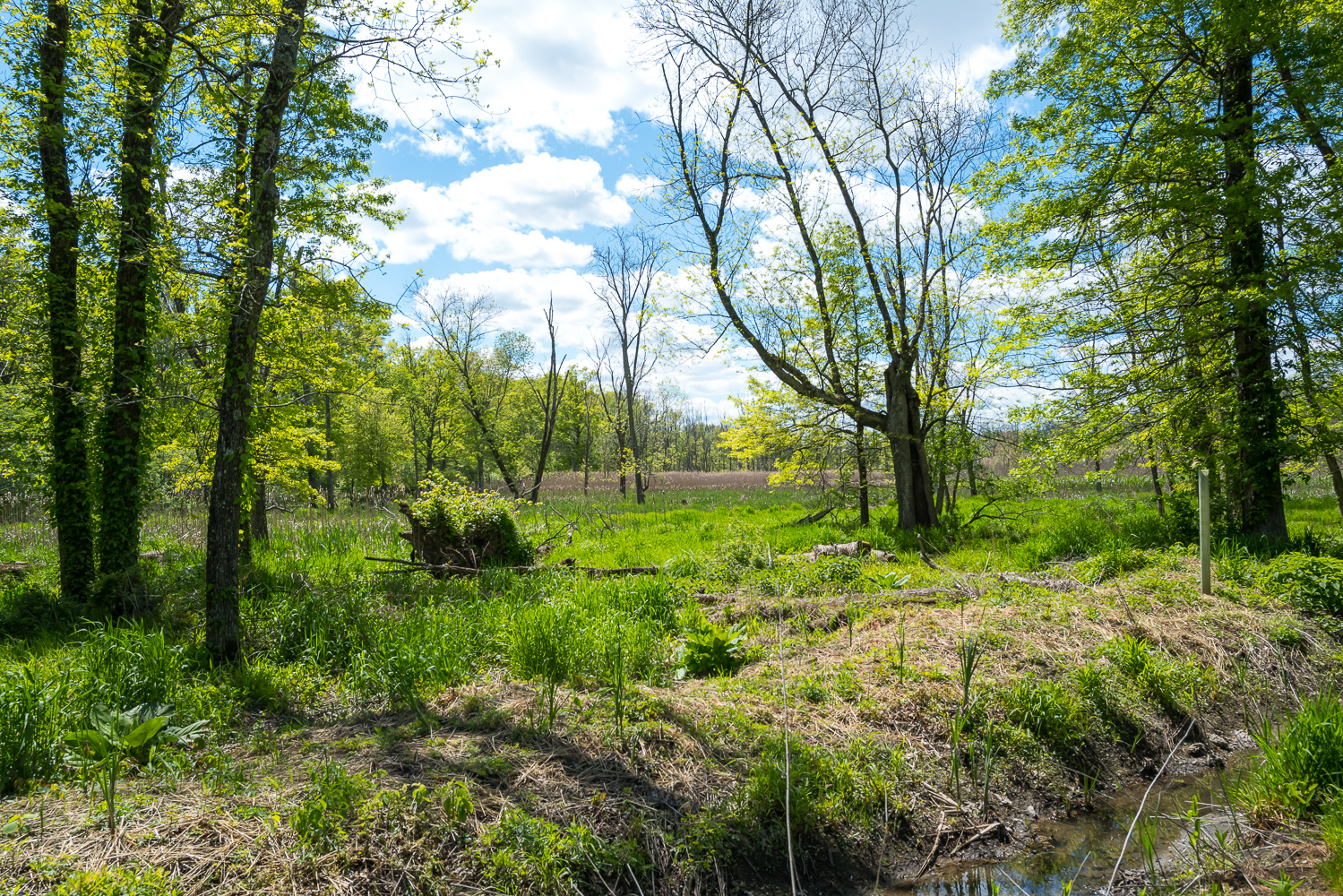 In his 1961 book, Megalopolis: the Urbanized Northeastern Seaboard of the United States, geographer Jean Gottman adopted the Greek term “megalopolis” to refer to vast conurbations such as the northeastern seaboard of the United States, from Washington DC to Boston. This megalopolis, he observed, would not have a uniform population density but rather would be composed of multiple urban centers and the interstitial spaces between them. 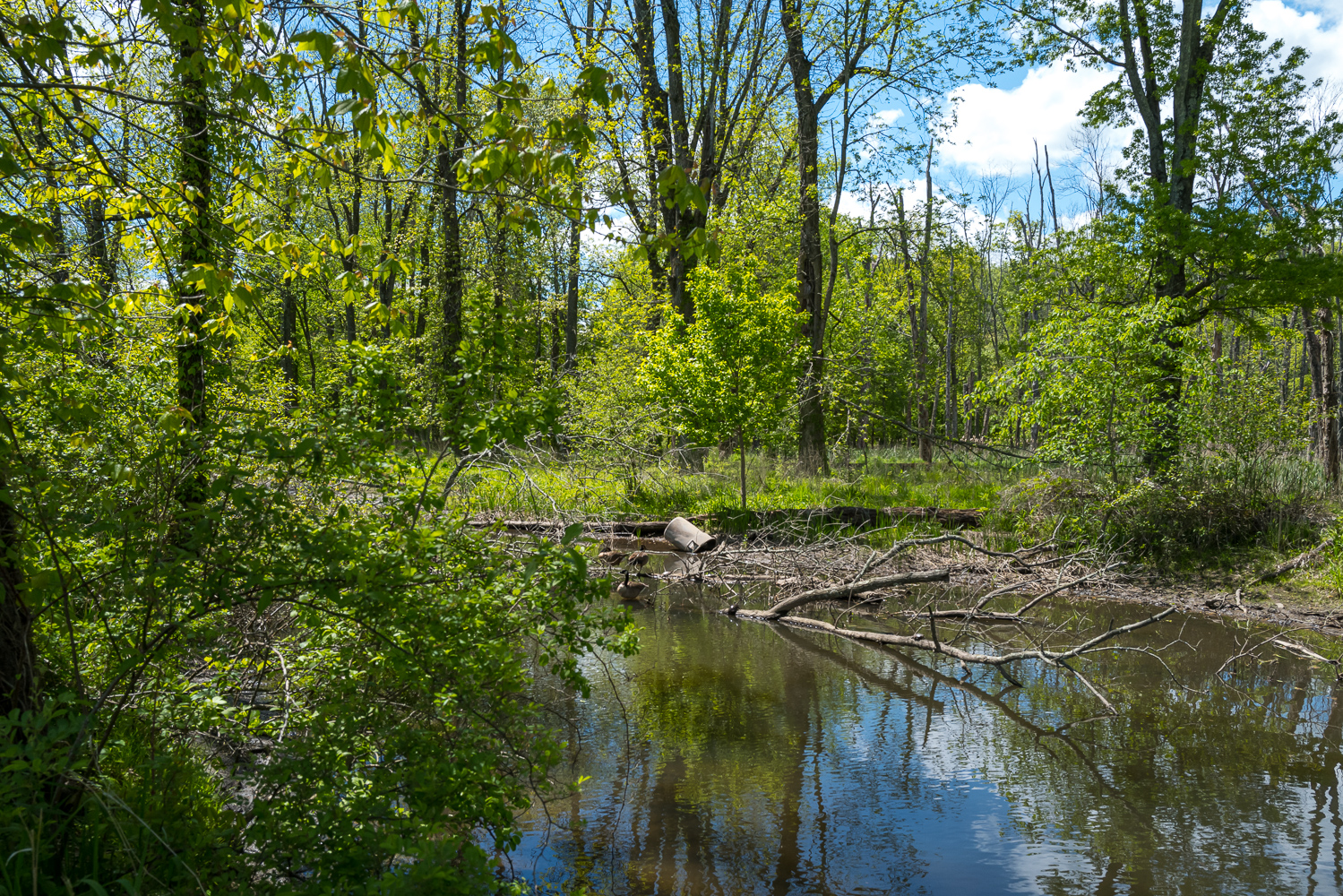 Even as megalopolitan territories have developed across the globe and the price of land in their boundaries has skyrocketed, interstitial spaces within them persist in terms of what Ignasi de Sola-Morarles called terrain vague, leftover spaces that have been abandoned for some reason. Understanding the potential of such sites—not to develop them, as is the vogue for too many architects, but to leave them as is or to allow damaged ecological systems to be restored—is a critical task for urban researchers today. 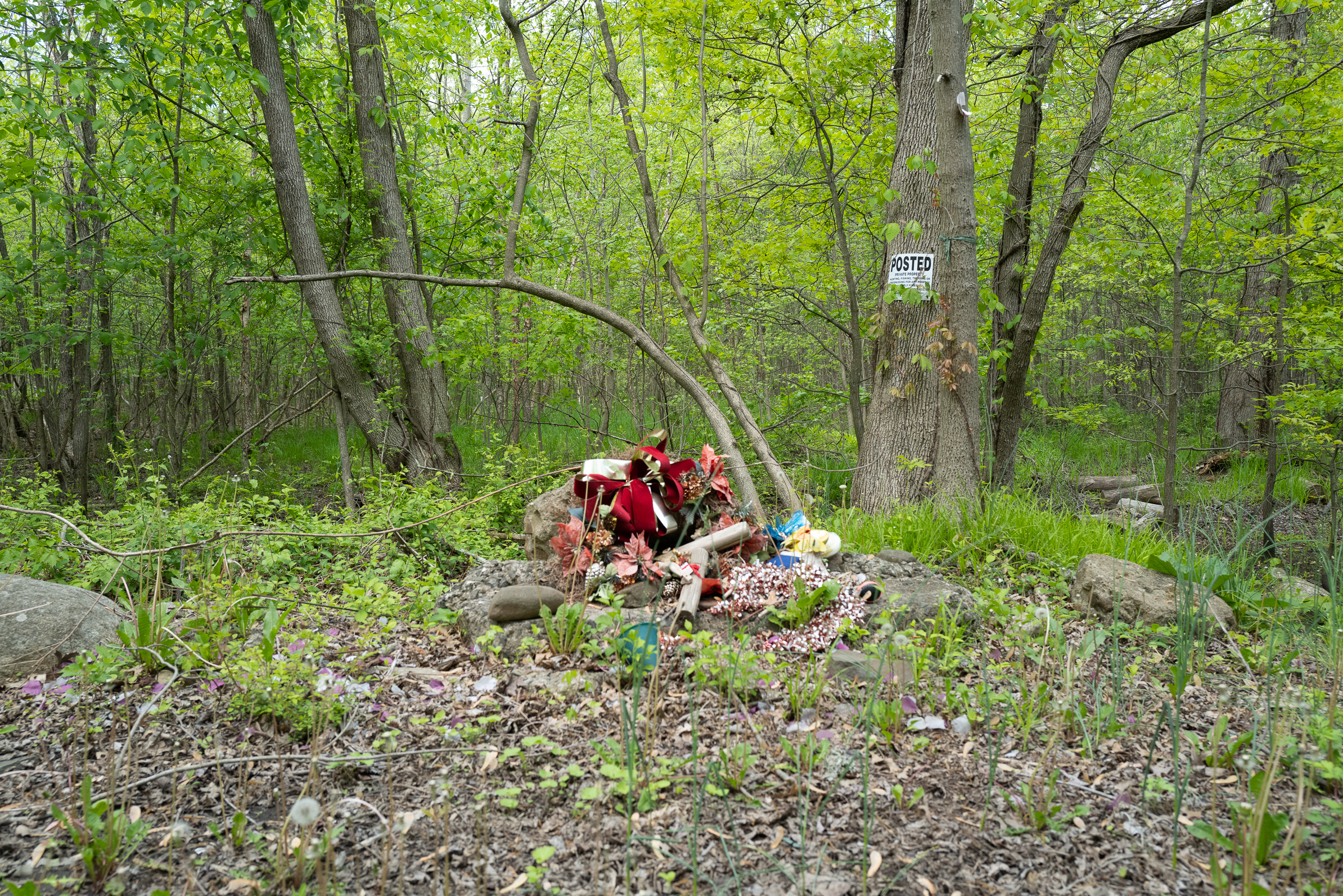 In this photo essay, I look at a group of such areas in Essex County, New Jersey, the densest and most urbanized county of the densest and most urbanist state in the United States, specifically at huge swamps remaining from the draining of Glacial Lake Passaic that comprise roughly ¼ of the county’s acreage. My interest is in both the history and conflicts over these areas and the tenuous relationship individuals have with the borders of such areas, especially now that extreme weather events have become annual occurrences. 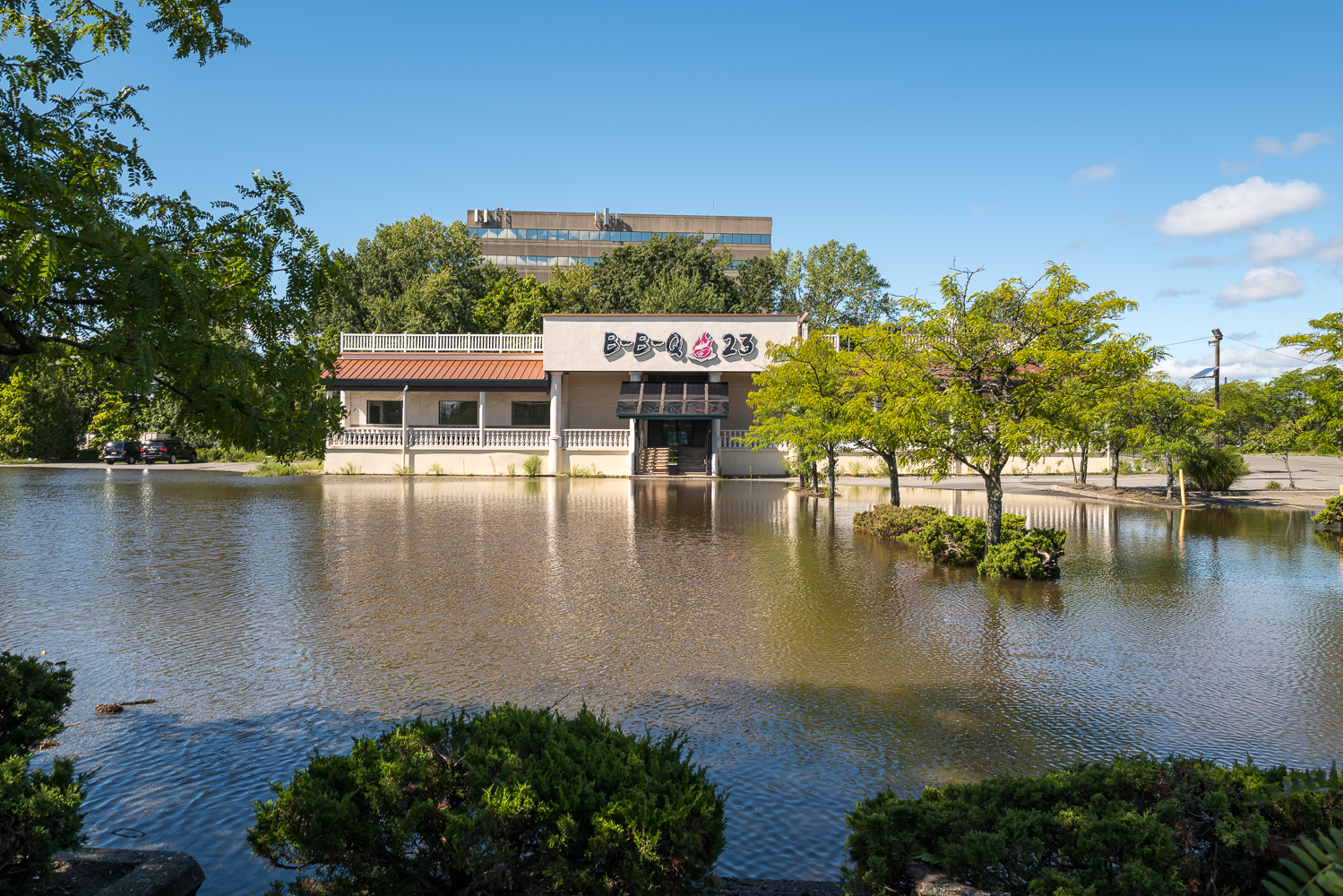 Perhaps you are here because Facebook is down. Good. This site isn’t. Stay here, then visit some other web sites and don’t go back.

This is going to be an unpopular post. If this makes you upset or hurts your feelings, sorry, it’s said with love and concern for my dearest friends and family. If you aren’t on Facebook, good for you!  Pat yourself on the back and convince anyone you can to follow your example.

Facebook is a terrible company and awful thing for democracy. It pretends to offer belonging when all it really is out to do is to exploit it’s members. I am thoroughly disappointed by my friends who use it all the time and should know better (ahem, if you are an academic, this means YOU… ). By 2016, the average Facebook user spent a staggering fifty minutes a day on that site chock full ‘o nuts. Want to find out how crazy it is? Go visit r/hermancainaward on Reddit and ask yourself what site are the contributors posting excerpts from? No, it’s not Twitter. Facebook is toxic. Get off it.

I’ve spent about the same time on Facebook over the last few years as off and I periodically shut down my account. The only two reasons I’m still on Facebook are that (most of you) people are too lazy to visit this site without it being spoon fed to you via a post on Facebook. I can see this clearly in my logs and, frankly, it’s pathetic. Facebook is not ok. Have we not learned anything yet? Just yesterday, Frances Haughen the brave Facebook whistleblower on 60 Minutes revealed just how bad things were. An internal Facebook document baldly stated: “We have evidence from a variety of sources that hate speech, divisive political speech and misinformation on Facebook and the family of apps are affecting societies around the world.” The company, Haughen explains, is hiding this information from the public. Facebook is like Purdue Pharma, which heavily marketed its opiods even though they knew how addictive they are. Facebook is no different. Walk away from it. If you can’t visit people in real life, get an RSS reader, visit Reddit, go to Twitter. Stay away from Facebook, it’s evil.

Facebook was created by wealthy Harvard undergraduates whose goal was to find young women to sexually exploit, as the film the Social Network makes amply clear. If that wasn’t enough, Russian oligarchs with close ties to Vladimir Putin (as well as Jared Kushner) have invested heavily in Facebook (I have heard rumors that Putin himself heavily invested in it)and speaking of Kushner, Facebook was happy to work with Cambridge Analytica to get the most divisive and incompetent President in US history elected. The January 6 insurrection was organized, in large part, on Facebook. Facebook livestreamed a massacre in New Zealand. A recent study identified over 20 million cases of “child sexual abuse material” on Facebook. According to an undercover investigation by the BBC, women are sold on Facebook as slaves. Lynchings in Sri Lanka, Mexico, and Indonesia have all been traced directly back to Facebook. Perhaps worst of all, genocide in Myanmar was organized onFacebook.

People claim that Facebook brings people closer together. No, it does not. It replaces lived relationships with relationships mediated by clicks and likes. Facebook’s algorithms choose what you see. Facebook monitors your communications for keywords so that it can market to you. People over 40 may remember the days when we used to call each other for an hour on the phone or write letters to each other, even emails. What happened to that? There was genuine communication there. Think of all of the books of letters that have been published over the years. Nobody wants to see their shitty Facebook posts.

Over the last fifteen years, I’ve watched as social interaction has died out and formerly lively internet forums have died while Facebook has taken over their purposes. If you maintain a forum on Facebook, shut it down. It’s bad for everyone involved. Read a book or a magazine, listen to some music, visit the Internet if you must, don’t visit Facebook. When Facebook is back (I hope never), I will be reducing my presence there still further. Do your part. Don’t promote Facebook, fight it tooth and nail.